You are here: Home / Choosing Your Cabin 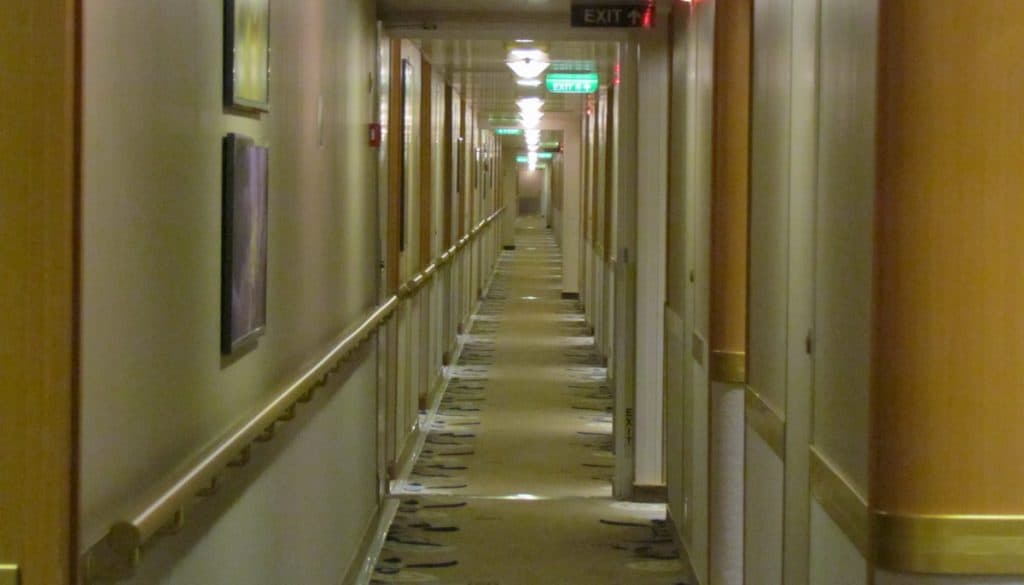 Should you pay for an expensive suite?

Or is a budget inside cabin good enough?

Let me tell you what we did.

On our first cruise to celebrate our 25th wedding anniversary, we booked a cabin with a balcony.

But nowadays, we usually book the cheapest inside cabin.

It’s a case of… a bit more luxury, or squeeze in another cruise.

Inside cabins tend to be the cheapest type of cabin.

Obviously, these cabins have no daylight in the room, and a common complaint is that it’s difficult to distinguish between daytime and night.

However, if you don’t plan to spend much time in your cabin, this could be an excellent way to reduce the cost of your cruise.

Outside cabins have a window to provide daylight – and in most cases a view of the sea.

Balcony Cabins have a door leading to a small private balcony area, usually with a couple of sun loungers and a small table.

Usually, they’re more expensive than an outside cabin.

But they’re great for relaxing outside in your own private space.

Suites add an extra element of luxury to your cruise.

Often, they have larger private balconies and larger beds.

And even a private butler.

A Steward will be assigned to look after your cabin.

You’ll probably find him or her very attentive to detail, and very helpful.

Most stewards rely on tips at the end of the cruise, and this works well in ensuring attentive service throughout the cruise.

The free book has a selection of cabin reviews which had been posted on the forum.

It doesn’t cover every single cabin on every ship.

But they’re personal and independent reviews, and they include the reviewers’ own photographs.

If you want to check it out, here’s a link to the flipbook (it’ll open in a new tab and it’ll need Adobe FlashPlayer).

But which is the BEST cabin for you?

THE BEST CABIN ON A CRUISE